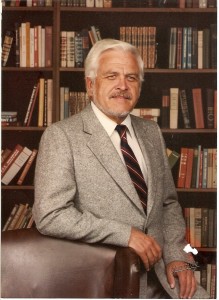 We lost our Dad 31 years ago on March 30. I joke about him and even mention him in my ‘speaker intro’. It says that I have 45+ years of work experience and the first 13 years were in his office, John F. Halpin, CPA, where he was my first people problem.

Today, Father’s Day, I want to celebrate him and all the many gifts he gave his children.

But first, let me share a few things that did not translate well between the generations in our family.

A love of fishing was not one of the gifts he gave us. He loved to fish from the pier off Bonelli Road at Eagle Lake and we did that often (often for him was maybe once every year or so). We caught catfish big enough to eat once. For some reason, none of his five children ever go fishing….

He took us camping, and none of us are campers as adults either. He only bought a camper when we got so big that the entire family of seven could not sleep in one Holiday Inn room. He bought a pop-up camper when I was in the fifth or sixth grade. I can remember taking my best friend, Kelly, with us on a camping trip to a Mississippi State Park. The camper slept eight, so why not take eight people, right?

Momma had to drive our big Dodge Station Wagon with the newly installed trailer hitch pulling our pop-up camper. Dad wasn’t a good driver around town because he was always focused more on keeping his pipe lit than watching the road. They seemed to have some secret agreement that she did all highway driving.

Of course, she could not back up our station wagon with the camper attached. That was not a significant issue during our treks. We didn’t make a lot of stops en route and when we did, for instance at an IHOP for breakfast after she had driven all night, she would find a way to pull into a parking lot next door to the IHOP where she could park without backing up during either our ingress or our egress.

When we would finally arrive at our destination, often at dusk during the on-site campground manager’s supper, Momma would insist we be assigned to a spot positioned at the end of a triangle so she could ‘pull through’. When that option was not available – which was often – she would then insist that the campground manager drive our station wagon and back our camper into our assigned spot, even if he was in the midst of eating his supper.

This is when my Dad would disappear to entertain the other campers.

As soon as we arrived at the state park or KOA Camp Grounds, he got out of the car wearing his usual leisure attire: shorts with a dress shirt (no worries – he only wore short sleeved dress shirts), black socks, and black dress shoes. He would then go from campsite to campsite looking for people he could meet and entertain with his stories about Vicksburg, MS.

The rest of us were left to set up our own campsite.

Setting up a campsite was fairly simple except for one important task: leveling the camper. With a pop-up camper, it’s critical that the camper be level, because four people were sleeping on the beds that ‘popped out’ after popping up the entire camper. If the camper were not level, one side could tilt and those two sleepers could have easily been injured as they slipped through the canvas sides.

I don’t recall much discussion about this at home. I imagine our Uncle Bubba came over to check out the camper and most likely would have pointed out the importance of this task. I imagine my baby brother, Willie Boy, was probably taking note. Regardless of whether or not any of that happened, I do remember vividly how we got our camper level once we arrived at our destination.

If I was in the sixth grade, that would have put Willie in the second. I can remember this as if it were yesterday. At this point Willie was just a little fellow. But he would go from corner to corner of the camper adjusting and re-adjusting each bar that, as I recall, dropped down from the underneath of the camper and could be adjusted based on the ground and sand where we were parked.

He worked meticulously, as if he were an engineering genius. He never failed to get the entire contraption level. Willie would later demonstrate this engineering genius in lots of ways but in the second grade that had not yet emerged.

But here’s what my Dad did give me that remains with me every day.

He gave me an example of living by faith. He was never much of a church-goer, but our friend, Marian Alvarado, badgered him incessantly until he attended a Charismatic Prayer Meeting with her. These were held at the Carmelite Monastery on Terry Road in Jackson, Mississippi. He only had to go once to experience a full conversion and a peace that he had never known. He then went about sharing this experience with anyone who would listen. Momma and I attended those prayer meetings with him. We all loved that faith community, the music and the experiences. What an amazing thing to be able to experience with your parents when you are still in your formative years.

He gave me a love of people. He loved connecting with people and swapping stories. He loved meeting people and then reporting to his friends about the interesting people he had met. He was curious about everyone and, with his photographic memory, would remember details most everyone else forgot immediately.

Jack loved his friends. He loved having high-balls with them. He loved competing to be the center of attention with the funniest stories with the most outlandish characters.

Dad gave me a love of storytelling and he taught me the power of telling stories. I remember so many of his stories he shared with me in his office on Saturday mornings. He told me stories about his clients and their businesses.

He also gave me a love of business. How revenue was generated, where customers came from, what were the driving forces in the success of his clients. He talked with reverence about each person because he loved and respected everyone.  He considered everyone a good friend; from the elevator operator to the bank president.  He never met a stranger.

He instilled a love of community. He volunteered for over 35 years as the Board Chair of the Warren County Welfare Board. He served as a founding Board Member of the federally funded Children and Youth Clinic.  He worked to build community and ensure everyone had access to basic human rights regardless of race or financial ability.

He loved being from Vicksburg, Mississippi and loved that his great grandfather had been the first Mayor of Vicksburg after the Civil War, during reconstruction. He spoke with authority about those who did harbor prejudices based on race. He explained to me that if people are insecure, they need someone, a group of people, or even an entire race, to look down upon.

He loved that so many people remembered his own father, who was killed when he was eight years old. He relished in the introductions that those people made for him when he returned after college and established his CPA practice.

Because he did take me to work with him on Saturday mornings he gave me a love of all of these things – business, storytelling, and community – though it might not have been the best way to raise a child! These experiences did cause me to hurl my way into my own CPA career with a lot of unproductive baggage. However, I’m grateful every day for Jack and for all the gifts he gave me. My love of business, people, story telling and my own faith are my critical success factors today in my life and in my own small business.

Even in Mississippi it’s not a good idea to put an eight-year-old child to work on the family farm or in the family CPA firm. But it’s all good!

Let's have a chat